I was able to slip out fishing Recapture Reservoir after work in Moab one day and was blown away with how awesome it was. With only 3 hours of fishing from shore, I was able to land two 4 pound class bass. Plus, I hauled in 3 or 4 pike. It was an awesome evening of fishing. Here are the logistics of where I fished, what I used, and more trip details of Fishing Recapture Reservoir.

Recapture Reservoir is a small body of water 15 minutes south of Monticello, Utah. It is primarily managed as a warm water fishery, and it didn’t disappoint in my brief time fishing there. I was spending the day in Moab for work, so I decided to make a trip down to Recapture afterwards. I only had 3 hours to fish from the shore when I finally made it there, so I picked a spot on google maps and went for it. The lake was on the rise, so there was a ton of freshly flooded cover. It made things a little tricky, but I still managed to pull in some toads. Plus, I was pleasantly surprised by the pike. I’d never caught one before. They were cool.

As usual the details in this post will include a map of where I fished, a list of baits I used, and the conditions of my trip. The goal of this report is to help if you come out on this lake to try and catch a few fish. Plus, I’ve got a little video footage of the action. My go pro was throwing fits, so I didn’t catch a lot of the fish on film. Yet, I think I got enough to help give you a feel of what fishing Recapture Reservoir is like. Last but not least there is a play by play run down of how the evening played out. Hope this will get you stoked to head out here, and get “Kraken” bass!

Here are what the conditions were fishing Recapture Reservoir on Wednesday, April 20th from 5:30 – 8:30pm.

Here is a map of where I fished from the shore and did so well. Just subscribe to the blog for free, and you get this awesome additional bonus of the maps with the trip reports. Here is in the opt-in form below to view the map.

I first heard about Recapture Reservoir online looking for places to go bass fishing around Moab. I saw some pictures of some sweet bass, and knew it was a place I had to go try. When I pulled down to the water at the beginning of this trip I was giddy with excitement. I knew the bass would probably be in a pre-spawn or spawning mode because of the cooler water temperatures. I found a good structure covered bank leading into a cove bass would potentially spawn in and started fishing. Here is what transpired next.

The water was rising, so there was a ton of brush and weeds along the bank. I picked up a stupid rigged tube because it can slide through cover really well. I also saw some remains of a dead crayfish on the shore. A tube is a solid crayfish imitator, so I felt confident I’d get bit. Literally, on my second cast off of a point my rod tip bounced, and I set the hook on a solid bass! I was so stoked! We battled, but the additional cover along the banks posed a serious problem. He pulled me down into a bush, and I couldn’t get him out. He snapped me right off. It was a serious let down.

After I broke off with the tube on the big bass, I picked up a small swimbait to swim over the thick cover. On my third cast, my rod bent over again. Once more the heavy cover foiled my plans. I saw him right at my feet, and he made one last dive into some cover and hung up. I couldn’t get him free, and snapped my line again. This doubled my disappointment.

Frustrated, I grabbed my bait casting rod with beefed up heavier line, tightened my drag as tight as it could go, and rigged up a weightless texas rigged senko. I bombed out again off the same point, and let the senko fall. Without any twitching as the senko was falling, my line started heading out fast for deep water. I set the hook, and just cranked as hard as I could. Finally, I rifled the bass through the cover, and on the scale he came in one ounce shy of 4lbs! Check out how fat he was!

Bummed that I probably lost two other 4 pound class bass, yet stoked to have finally landed one I moved on with confidence hoping for some more bites. The senko had two more bites. I completely missed one, and the other came unbuttoned at my feet. This trip was frustrating because I lost so many fish.

To make up for the disappointing misses, I landed a couple pike on a swimbait. They had some gnarly teeth. They were pretty cool. Here’s a picture of the first pike of my life.

Night was approaching fast. In order to cover more water, I tied on a chatterbait. I started fan casting the chatterbait along the bank. Doing this produced several more pike, and another fat chunk bass. It was a lot of fun. I wished I would’ve picked up the chatter bait earlier it helped me move faster, and they definitely were eating it. At the close of the trip in the dark, I tried fishing along the rip rap under the freeway. I wound up just hanging my baits, and had no bites so I called it a night. Quite the adventure for sure.

Here is a little bit of the footage of the fishing Recapture Reservoir adventure I caught on film. I narrated what was going on to help you get a better feel of my experience fishing this place. All my chatterbait fish weren’t caught on film. My go pro wasn’t reading my SD card for some reason. Still though, hope you enjoy!

There were a few things that caught bass and pike for me fishing Recapture Reservoir. Here is a list of the best producers, and how I fished with them.

was the bait that got me the most bites. I texas rigged the senko weightless on a 5/0 gamakatsu off set worm hook

. Another little trick that helped me get a few bites was to color the tail lightly with a spike it chartreuse dye marker

, and caught a couple pike and another good bass. I used an olive shad Yamamoto D-Shad

for a trailer on the chatter bait. The fish were holding on the edge of the freshly flooded cover, so I’d make casts parallel to the bank. Occasionally, I’d rip or pump the chatterbait. The ripping action, and the fall often triggered a strike. I threw the chatter bait on a bait casting rod and reel set up, and it seemed to get the job done.

was a solid fish catcher for me as well. It hooked up on one bass and caught several pike. I rigged it up on a small 1/8 oz. darter jig head

. I’d just throw it out and slowly swim it through the top of the cover. The only problem with the swimbait was the pike’s teeth tore them up pretty badly. It’s a good problem to have when your bait is getting torn up from being chomped.

My first bite of the trip was on a 4.25 inch brown craw gitzit tube

. I had it stupid rigged with a 1/8 oz bagley shaky head jig.

I was using a spinning rod with light line on this set up, but the cover proved to nasty to keep throwing this bait. After it busted off on the first bass, I never retied another one on. It worked though. Just lightly pulling the tube along the bottom was how I got the bite.

Fishing Recapture Reservoir was a lot of fun. I hope I can make it back down here again. There were some healthy fat bass laying in the lake. Plus, I saw several crayfish crawling around the rocks. No wonder they were so healthy. Hope this post can help if you ever decide to head out to this place. Don’t forget to subscribe to the blog so you don’t miss out on any of the trip reports and tips to help keep you “Kraken” Bass!

The links above and below in this post are affiliate links were you can pick up baits, rod’s, reels, line, and anything else I used to “Krak” some bass on this trip. Krakenbass receives a small percentage of the sales through these links. I only use links to baits, and gear I personally trust and know work. I put these links to make them helpful for you, and not for the small amount I make for the sale of the products. I hope these products can help you “krak” some bass! Thank you for your support. 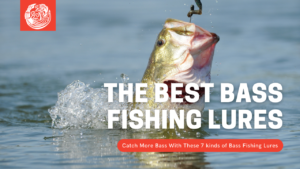 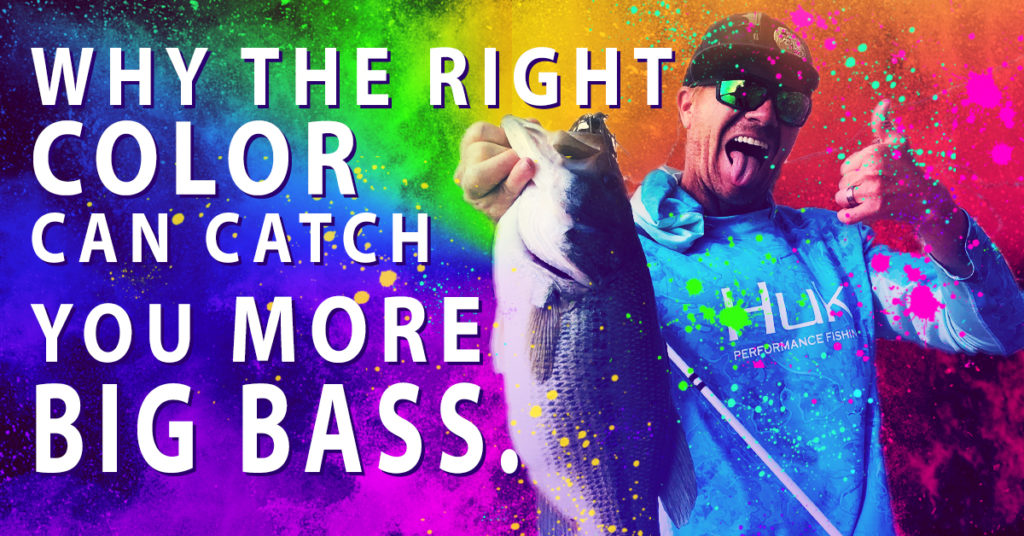 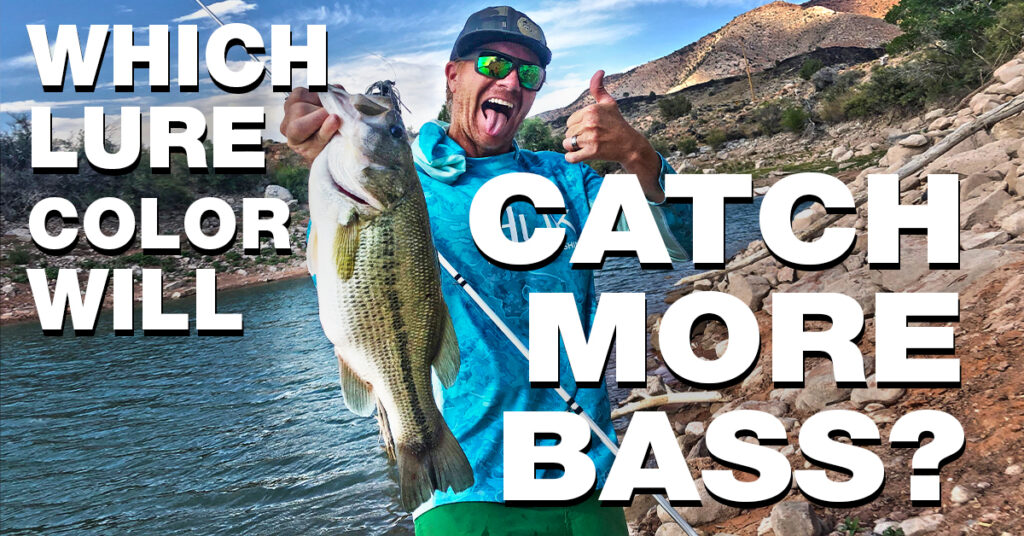